At this moment (based on character development) all pups are spoken for. 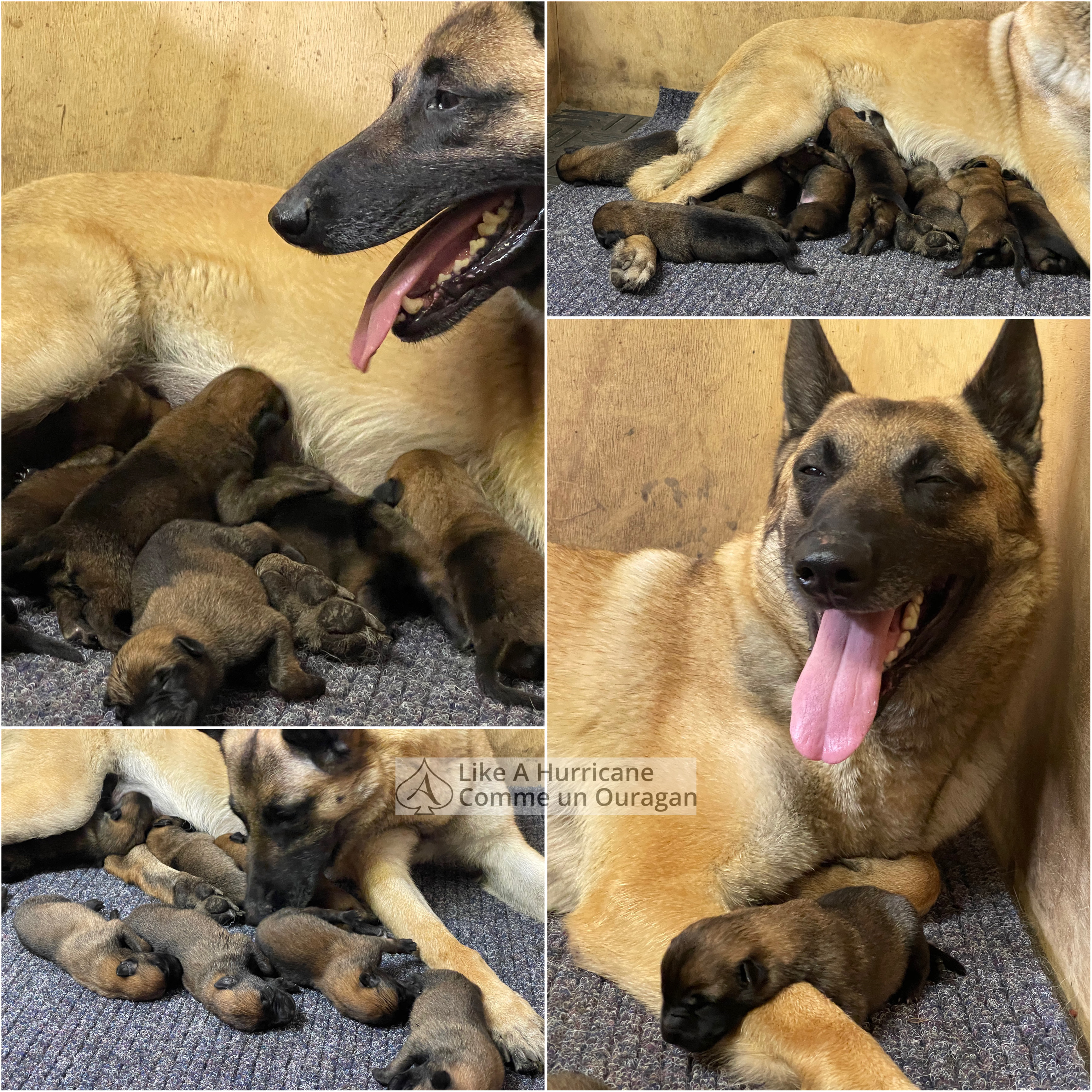 Last year it became possible to DNA test as the gene was located.

We send blood for research to Bern a long time ago and because of that also got the results on this new located mutation on all 14 dogs we send it in for. Cykodog Duane Duke and Like A Hurricane Julius Jarrett turned out to be carriers.

For some reason we didn't check Sally (Like A Hurricane Senorita Salome) before the mating as we thought she was also with that batch, but it was done before she was born.

Like A Hurricane Senorita Salome is now tested and she seems to be a carrier.

As due to sending the blood to Bern for testing a lot of ancestors are tested and this result gives us information about the not tested dogs.

Stud: Aha van Joefarm ACE - not tested but as Like A Hurricane Aiolos Adonis is a carrier and his mom is tested free he must be a carrier

Pups in 2020 and health tests done

as is know the U-litter pups are now 4 weeks old and all sold. 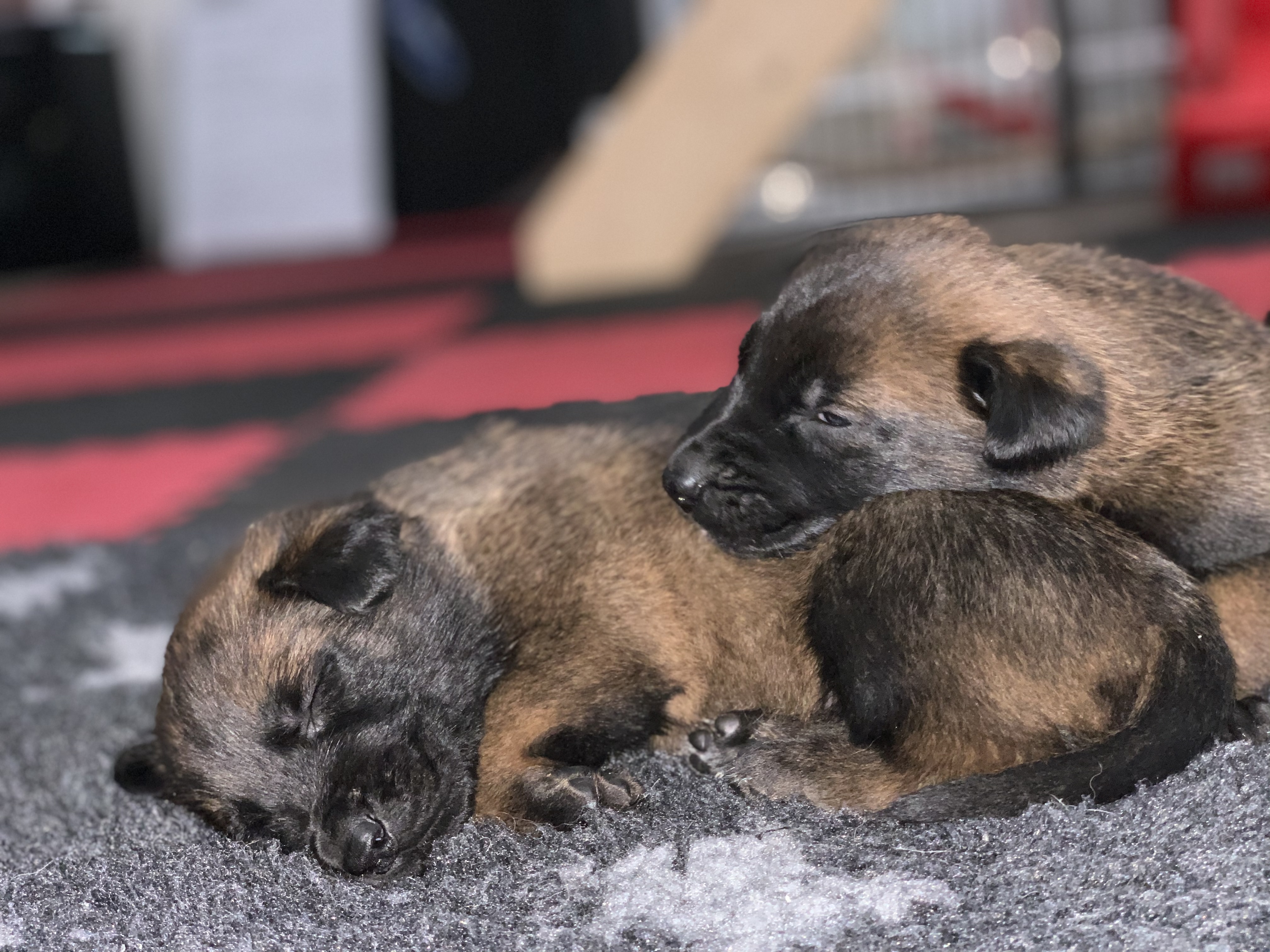 All 3 were already tested by Embark but are now also PennHIPped, OFA is done from hips, elbows and shoulders and the lower spine is evaluated by the vet.

PennHIP results are in and are really good, spines are evaluated by the vet at vetclinic Den Heuvel in Best and are all good.

All results you can find on their pages.

Last Wednesday I took Like A Hurricane Raine Rikki for the official eye test and also that was good.

As we all know at this moment COVID-19 rules the world.

The upcoming Comme un Ouragan litter cannot continue due to all lockdowns with the planned male in Germany.

But no worry, for a future litter from her we also had our eye on a Dutch located male, Like A Hurricane Proteus Poseidon SEM, KNPV PH1, so we switched to him for this litter and will go to Like A Hurricane Lord Lambert on a later moment.

Sem his Embark and CJM tests are pending. Rikki is SDCA 1 and 2 free and also free from CJM, so the results of Sem his tests will not change this choice.

Hopefully all other plans later in 2021 will be able to continue. 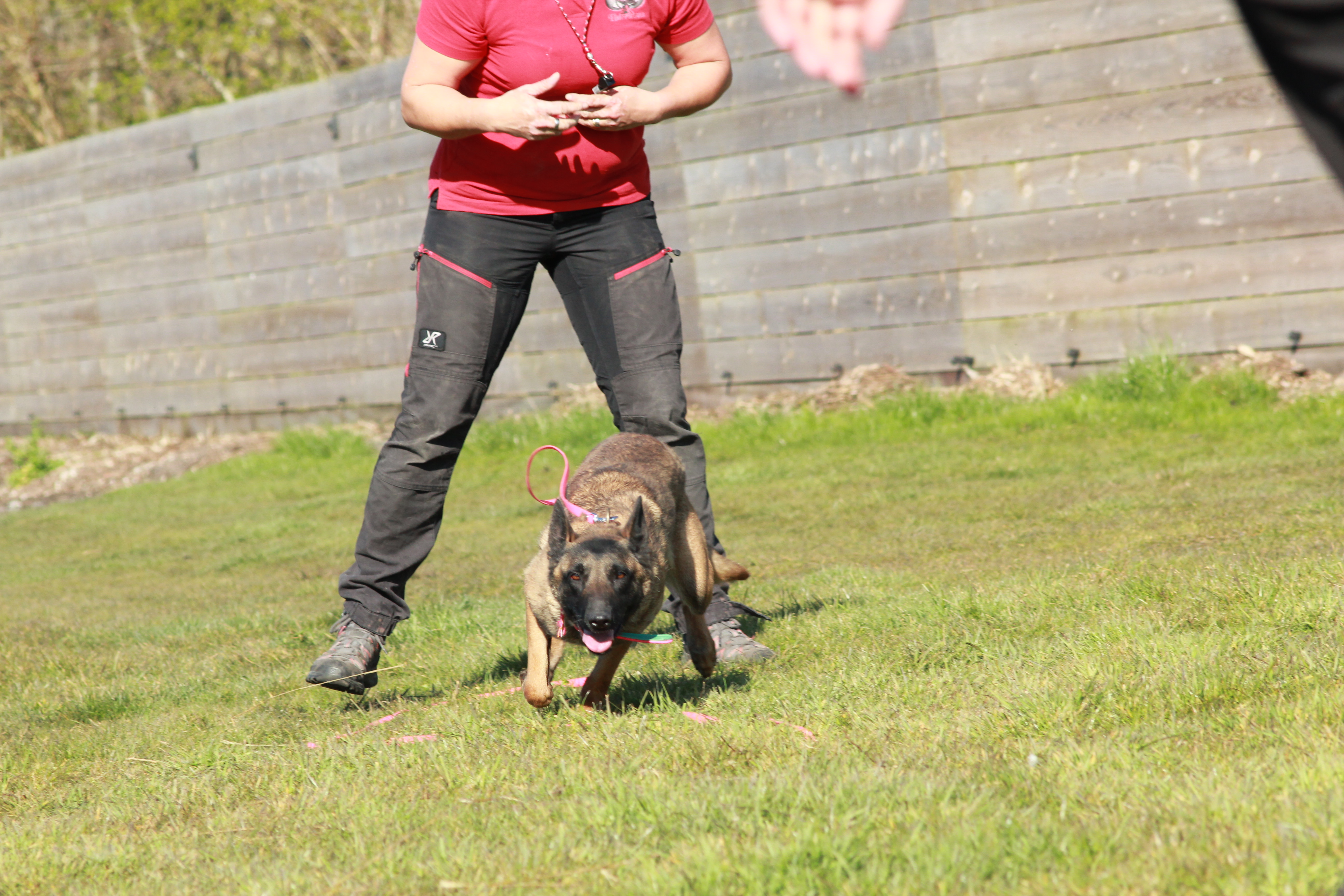 The male choosen for Sally is Beau von der Wesenberger Blutbuche owned and trained by Stefan Lasch. You can find the lines of this litter here.

Coming winter we will try the litter with Nash, Like A Hurricane Lord Lambert and our Rikki again. You can find those lines here.

if you are interested please send me an email.

The current breeding plans that will be bred under the new kennelname Comme un Oaragan.

her heat just started, so if all goes well pups expected mid/end of January 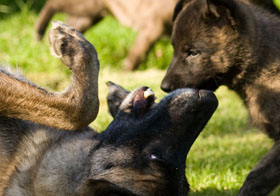